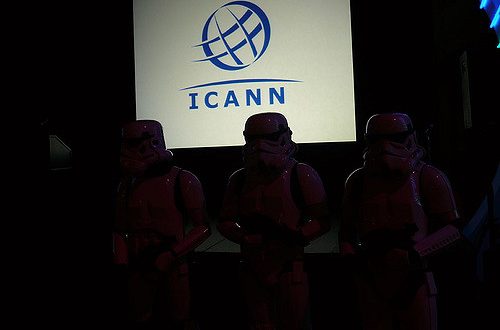 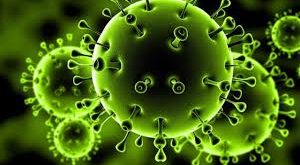 “Everyone shall have the right to freedom of expression; this right shall include freedom to seek, receive and impart information and ideas of all kinds, regardless of frontiers, either orally, in writing or in print, in the form of art, or through any other media of his choice”. (Article 19 of the ICCPR).

This principle has been adopted by the United Nation since 1966, it was almost a quarter of century before the Internet. The available platforms to express, whether freely or not, were limited at the time. Within almost three decades, the Internet has transformed into a global medium of mass communication and expression of all kinds. On 2 July 2012, the UN Human Rights Council adopted a resolution stated that; “The same rights that people have offline must also be protected online”. In 2016, UN declares online freedom of expression to be a human right that must be protected according to the UN Human Rights Council’s resolution.

In our time, there are many possible ways in which freedom of expression on the Internet can be limited, for example obstacles to access, limits to content or restrictions on the rights of users. Many players in the Internet have different roles in regulation of content such as governments, NGO’s, technical community, industry players, private sector and even the user itself but The most important player in the internet is still the Internet Corporation for Assigned Names and Numbers (ICANN).

ICANN policy affects the entire world so it’s remit in regards to regulation of content raises some questions about the domain name registrars, which are accredited from ICANN, and the ICANN’s Registrar Accreditation Agreement (RAA).

In that vein, the Council of Europe (CoE) has released an important report on how human rights apply to ICANN. The report, ICANN’s procedures and policies in the light of human rights, fundamental freedoms and democratic values, singles out ICANN’s RAA for violating international human rights jurisprudence.

Article19 organization also mentioned in a report published in 2015 that the RAA, Privacy and Data Protection ICANN’s policies have the capacity to interfere not only with freedom of expression, but also with the right to privacy and data protection. This is especially true of the 2013 RAA, which governs the relationship between ICANN and domain name registrars.

In another context, ICANN’s policy ignores freedom of expression guarantees, it expands the rights of trademark owners on the Internet, and it sets up an arbitrary and subjective process that calls for ICANN to decide what ideas may be referred to in Internet domain names and by whom. Freedom of expression rights protect the non- commercial use of trademarks in language, but ICANN policy circumvents those guarantees by giving trademark holders a prior right to register a domain before non- commercial speakers even have a chance to register the word. The Applicant Guidebook on new gTLDs that released in 2012 raises issues for freedom of expression, it provides for five types of procedures that may be relevant to an application for a new gTLD where there are various sensitivities or public objections involved. Each of these procedures may have implications for freedom of expression.

ICANN knew geographic names and politically sensitive areas would be controversial. To manage these sensitivities, ICANN used a list maintained by the International Organization for Standardization (ISO) to establish prohibited and restricted geographic names for gTLDs. For example, .arab domain name has been treated as a geographic gTLD and given to the League of Arab States. But in another case, Amazon applied for a new gTLD .amazon. Brazil, Peru, and other governments objected. The application, however, was initially approved because it was well presented and qualified under the rules given that the Amazon rainforest was neither a prohibited nor restricted geography under the ISO list. Brazil and Peru objected to .amazon on the grounds that the name violated the public interest and damaged the interests of the countries in the Amazon region. After internal debate and deliberation, the Brazil- and Peru-led objection was transmitted to the ICANN Board, and Amazon was denied its application. Amazon took advantages of ICANN processes to appeal the Board decision, and it was victorious. The ICANN Board is now bound to reconsider Amazon’s application. Brazil, Peru and their allies are again objecting to the .amazon application and we may have to wait until at least the spring of 2018 to find out who will operate the .amazon internet domain.

Although Article 19 of the Universal Declaration of Human Rights guarantees the right of everyone to freedom of expression including the right to receive and impart information in any medium and in any frontier, ICANN is not legally bound by universally recognized free expression guarantees, and sets policy entirely at its own discretion under corporate governance rules.

ICANN’s responsibility to respect freedom of expression compliance with the UN Guiding Principles would assist ICANN in addressing the issues outlined above. To begin with, and in line with the Guiding Principles, ICANN should develop policies outlining its commitment to the prevention, assessment, and mitigation of threats to freedom of expression associated with the new gTLDs. Internet stakeholders have driven DNS standards and policies, but they still need to develop metrics to monitor ICANN’s human rights performance. Under the multi-stakeholder approach for internet governance, the Internet is getting better day after day.

Adam. Segal. (n.d.). The Case of .Amazon and What It Means For ICANN. Retrieved October 4, 2017, from https://www.cfr.org/blog/case-amazon-and-what-it-means-icann