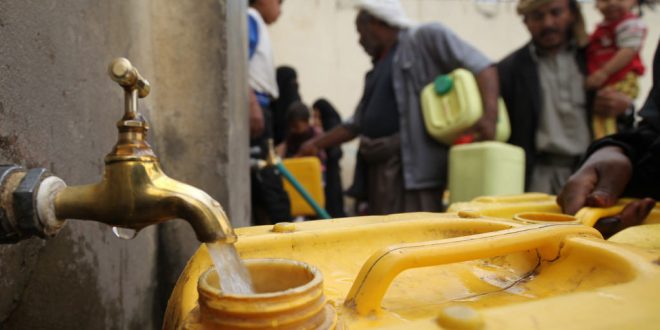 Yemen and Violence in Yemen

Water and Violence in YEMEN

Global High Level Panel on Water and Peace called for protection of water resources and infrastructure from violent conflicts and terrorist acts. In this volume, we examine the issue of protecting water in Yemen.

The conflict in Yemen, between the Abdrabbuh Mansur Hadi Government supported by Saudi-led coalition and Ansar Allah(known as Houthi rebels) supported by Iran has been on-going for more than four years.According to sections of the media, quoting independent sources, more than 60,000 deaths have resulted by the end of 2018, not including the victims of humanitarian crisis. In 2018, several efforts were made by the United Nations (UN) Special Envoy to bring the Hadi government and the Ansar Allah together to explore solutions.

In December 2018, Yemen’s warring sides met in Sweden for the first ever UN-led peace talks during which the parties decided on the terms for a ceasefire at the port of Hodeidah, an important port through which Yemen receives majority of its humanitarian aid. The UN Security Council is deliberating on the creation of an observer mission to Yemen, with the UN Secretary-General proposing deployment of 75 observers for six months to maintain peace in the region. However, as of January 2019, there are still reports of continued clashes between the Government forces and the rebels.

Due to consequence of the nearly four year conflict, Yemen has also been plunged into the world’s worst humanitarian crisis. Out of the total population of around 28 million people, over 22 million Yemenis are in dire need of humanitarian assistance. Access to water, which was limited in Yemen even prior to the conflict, has worsened.

Having no rivers, the country relies entirely on groundwater and stored rainwater for its needs. As per reports, renewable water resource per capita for Yemen has been declining steadily.In 1962, the renewable water resource per capita of Yemen was 392 m3/per, however, between 2002 and 2014, this figure has fallen from 111 m3/year in 2002 to just around 80 m3/per year in 2014.Due to the on- going conflict, a more updated figure on the water availability in Yemen is not available.
As many as half of all Yemenis struggle to access water for basic needs and the capital city of Sanaa is expected to run out of water any day. Reports by the United Nations International Children’s Emergency Fund (UNICEF) state that currently 19.3 million Yemenis do not have access to clean water and sanitation.

Additionally, over 1 million cases of cholera were reported in 2017 and a further 295,000 cases were reported in 2018. As per the World Health Organization (WHO), the oral rehydration solution (ORS) administered to cure cholera needs to be dissolved in one litre of clean water. Provision of clean water to all persons suffering from cholera in Yemen at present is an impossible feat. This crisis has also strengthened the power of the Ansar Allah group who have taken steps to withhold water supplies in the areas that they control.

As a result, like in many other water-stressed countries, water has become a tool and a target for groups attempting to control or damage the civilian population.

There have been multiple airstrikes undertaken by the Saudi-led coalition, especially in areas that are under the control of the Ansar Allah group. These airstrikes have hit civilian infrastructures, including water infrastructures in the region.The Al-Hamazat water system in the Saada governorate has been attacked at least twice over the past 3 years, often leaving thousands of people, including internally displaced families, without water. In February 2016, a reservoir located near Sanaa that provided drinking water to around 30,000 people was destroyed by a Saudi-led airstrike.Between 27th and 28th July 2018, two more water infrastructures came under attack in and around the port city of Hodeidah, a UNICEF-supported sanitation centre wherein the facility’s fuel tank was damaged and a water station which is reported to provide most of the water to Hodeidah.

Water, specifically access to water for daily needs, has also become a means to control the civilian population in Yemen. For example, the Yemeni government has stated that the areas suffering most water shortages are lands in the Hajjah Governorate, Hodeidah, and Sanaa districts, all of which are held and controlled by Ansar Allah. According to the government, water pumping has dropped, and although the government had tried to enhance water provisions to these districts, water supplies pumped or channelled to the areas are appropriated by the Ansar Allah group to be sold at rocketing prices to impoverished civilians.

External factors can also impact water availability. A blockade imposed by Saudi Arabia in November 2017, resulted in reduced fuel imports essential for pumping of water and sanitation. Although the blockade was removed with 30 days of its imposition, the food and fuel imports to Yemen remain low due to clashes that have been underway in Hodeidah, one of the main ports of Yemen. Nearly 1 million people in the cities of Taiz, Saada and Hodeidah were affected as a result. Due to overt reliance on groundwater supply, availability of water has a direct impact on access to water in Yemen.

Organizations such as UNICEF, World Bank, International Relief and Development, Mercy Corps and Water Action Hub have been working on re- building water infrastructures in Yemen. Additionally, the Food and Agricultural Organization of the United Nations (FAO), and the United Nations Development Programme (UNDP) have been re-activating water users associations (WUAs) for sustainable water management. Local Yemeni organization, Social Fund for Development which works in cooperation with FAO, mainly in areas that are controlled by Ansar Allah (which are the most water-stressed areas of Yemen) has been conducting training on rainwater harvesting

mechanisms and spreading awareness on available water resources. International Committee of the Red Cross (ICRC) purchased fuel in November 2017 to provide clean water to one million people in Hodeidah and Taiz and have helped over 2 million people in Yemen as of June 2018 in getting access to clean water and better sanitation. Care International has been providing safe water to public facilities like hospitals and schools and treating water sources and household water points. Deutsche Gesellschaft für Internationale Zusammenarbeit (GIZ) GmbH’s list of priorities in Yemen include provision of drinking water and sanitation and capacity development for local water utilities.

As the water situation in Yemen has already reached crisis stage, and as water is critical for health and development, it is necessary to take steps to protect water resources in Yemen. Unlike food and medicine, water cannot be air dropped in packages by humanitarian agencies.

The first ever debate in the United Nations Security Council (UNSC Meeting 7818) on water, peace and security and the report of the Global High Level Panel on Water and Peace call for the protection of water in conflict zones.

The protection of water resources and infrastructure, through agreement of all parties to the conflict, is necessary if the international community has to invest in restoration and development of water infrastructure in Yemen. However, constant attacks on the water infrastructure would dissuade any investment or contribution towards Yemen. For example, the World Bank stopped their funding towards the Sanaa basin water management project in March 2016 due to the conflict. Similarly, the Al- Hamazat water system which was restored by UNICEF after being bombed in air strike, was attacked again post restoration leading to further wastage of funds. Plans to build desalination plants, which would have eased the issue of water availability in Yemen, were also abandoned due to the conflict in the country. The international community may become even less willing to fund much-needed water infrastructure if they feel that the infrastructure is susceptible to frequent targeting or damage.

In order to consider options for protecting water resources in Yemen, some of the micro details of the situation on the ground must be accounted for. Apart from Ansar Allah group and the Hadi government, there are also other smallermilitias and even some terror groups that have significant access to/control over some of the territories. Moreover, control for territory is being fought for on a real-time basis, meaning aterritory controlled by the Ansar Allah today, could well be under the control of another entity in a matter of days.

It is also important to differentiate between groups that are attempting to administer emergency relief measures from those that are working towards dialogue, conflict resolution, reconciliation and long-term peace. Some organizations address the water situation, including on rebuilding water infrastructure, provision of emergency water supplies, capacity development and treatment of contaminated water. It is important to note that since the issue of protection of water infrastructure is entirely new, some work will have to be done towards introducing the nuances of the subject to the key actors in the country.

One possibility in this regard could be forFAO or other international organizations that are currently working in Yemen on re-building and safe-guarding Yemen’s limited water resources to take lead. This would also require the participation of WUAs in Yemen as they would have the reach needed to access the water resources.

Whether this approach should start with one governorate before expanding to other areas, or whether it should start by attempting to use water as a tool of cooperation across most of Yemen, is a decision that should be left to existing actors, especially Yemeni organizations and their international partners.In addition to the international organizations, it is important that local NGOsand local actors in Yemen which are trusted by all major parties to the conflict take lead in efforts to protect water infrastructure through structured dialogues with parties and securing their commitments to protecting agreed water resources.

The final objective of the effort of these international organizations, in conjunction with the local actors in Yemen, should be to secure an understanding between all parties in the given geography to protect water resources from any harm in the conflict and to ensure their good management and access to ordinary people. Such an understanding can be confirmed through an agreement – formal or informal – through a pact of honour between community leaders, supported by sustained dialogue and vigilant monitoring.The success of the agreement may depend on informal consent by Saudi Arabia and Iran, which have vital stakes in the conflict. The international community should strengthen the agreement by bringing regional powers on board and also expressing support in all relevant forums. 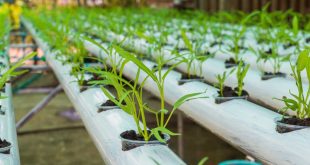